At 16:01 the Kingwood Township Vol. Fire Company was alerted to the scene of a 2 car motor vehicle accident at State Route 12 and County Route 519.  Chief 16, Engine 16-2 and Brush 16 responded to the scene.  Brush 16 provded traffic control while the crew from Engine 16-2 secured the vehicles and applied absorbant to the leaking fluids.  Both vehicles became inoperable as a result of the accident and were towed from the scene.  All units were released from the scene and returned safely to their respective stations. 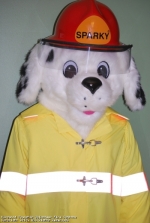 Copyright © 2006-2021. YourFirstDue Inc. All Rights Reserved. Designated trademarks and brands are the property of their respective owners. Content on this web site is supplied by Kingwood Township Volunteer Fire Company. YourFirstDue Inc. cannot be held responsible or liable for any content, text, pictures, or any other media found on this web site. Maintained by the members and staff of Kingwood Township Volunteer Fire Company.
Management Login
Powered by